The Perfect Place to Live (Almost) 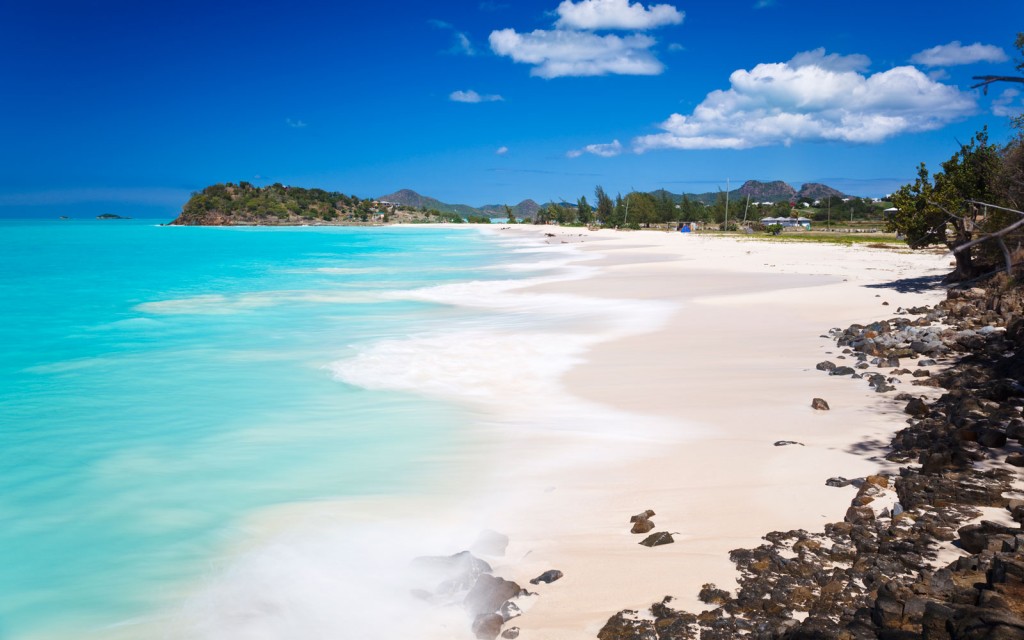 The Caribbean has long been a place of desire.  It guarantees average temperatures in the 80’s all year round (see reference), there’s little to no racism, a countless number of beaches that do not require wetsuits, beautiful scenery almost anywhere you choose to build your home, and best of all no wars to deal with.  We are a small, sweet, select people dropped right in the center of the Tropic of Cancer and the Tropic of Capricorn.  If Olympus existed, it would be here.  Let’s narrow down where I’m talking about for this article.  I’m talking about the Organization of Eastern Caribbean States.  We are trying to work together as a set of islands, and this has always been a good start.  Since this article speaks from experience, a lot of it relates to life in Antigua.  Once more, an island of desire, but there are a few bugs (four to be exact) that need to be solved.  I believe we can be “more than friends.”  We don’t just want the islands to be a beautiful place to visit, but we want it to be a magnificent place to live.

So these bugs I speak of, what will it cost to fix them?  Way less that what it’s costing to maintain them! I can tell you that.  Where do I begin?

The internet provides a frontier barely touched in the islands.  How much easier would it be for farmers to market their crops? If we take a look at what many first world countries struggle with, we have the advantage.  They want organic foods, and they fight tooth and nail for it.  We’ve had organic for so many years, it just seems normal.  But what if these farmers could now market their crops locally online? It would become a win-win situation.  Some may no longer need to travel to the market if it’s inconvenient for them.  All this at the cost of hosting a website online (maybe ~7.00 USD a month)

We need an easier and more reliable connection to online education.  Online schooling has existed for a while now.  The problem is having a fast enough internet connection to facilitate both the classes and the research necessary. In addition to this, another issue is having a reliable enough utility provider so that every day, at numerous times, your electricity is not being shut off for “maintenance reasons”.  This one hits home because I know of many individuals with the potential to become great in their fields, but lack the financial resources to seize the opportunity.  If an affordable infrastructure existed, not only would they have the chance to realize their dreams, they would do so while revolutionizing the country.

We, as a country, spend a sinful amount of money on international investment with little to no return.  We try to look like a first world country while standing on the infrastructure of a third world country.  Take for instance the demonstrated lack of foresight to subsidize commodities that would improve the quality of life and opportunities for the people.  Follow that up with the exorbitant amounts invested in areas undeserving of such financial attention.  I speak of an instance where £500,000 (over 2 million ECD) was paid for a tourism website and at the end of the day our government ends up pleading for control of the same said site from the developers. See reference [http://antiguaobserver.com/govt-to-pay-over-2-million-for-tourism-online-strategy/].  In the midst of this, we still charge consumers approximately 55 USD (~150 ECD) for internet speeds of 512 kbps.  How is this right?

Kudos to Grenada for being reasonable [See http://ambergriscaye.com/forum/ubbthreads.php/topics/443384/Internet_speeds_and_prices_in_.html]

I do not mean to say that the projects that the government are undertaking are not worthy of their time, but I wonder, just as a “random” example,  how valuable is a housing project without reliable utilities? We’re almost there…

Accountability spans many industries.  In the Caribbean, there is a bad habit of quality of service and employment opportunities being directly correlated to “not what you know, but who you know.”  From the police force, to the school system, to general business, to taxpayer dollars.  There was a time when I used to think that people sued for too many trivial things in first world countries such as the US.  However, as a result, I realized that it created a sense of accountability when people in power saw that their financial security was at risk.  No longer could the police just be lazy in record keeping and response time knowing that a lawsuit could result in their funding being cut and jobs being lost.  Schools now took allegations of sexual harassment and bullying more seriously when teachers and principals knew their jobs were at risk.  Businesses began to pride themselves in customer service when they could be sued for negligence.  What this tells me is that we need a legal system that is not only affordable, but is also on the side of the people.  Then is when accountability will begin to flourish. We’re almost there…

It’s one thing to employ the best, but it’s another to retain them.  Given that the two previous issues (Prioritization and Accountability) are resolved, business can begin to take their workplace to the other level.  I’m no business major, but I do know that you would want your business model and benefits to draw the employees to the point where companies are competing with each other not just on the level of services provided but also on the workplace environment.  This is how you invest in the future and stability of your company’s growth.  Taking into consideration the accountability factor, companies will now aim to employ as much quality as possible instead of hiring people as just a “favor to a friend.”  They will begin to invest in training so that their employees remain qualified, current, invested, and most importantly appreciative of their customer base.

Imagine our home, this place with such a beautiful scenery, medium paced life, consistent weather and peaceful environment being augmented with priority, accountability and competitive employment.  We do not need to be the richest and most powerful country in the world to be the greatest place to live.  We just need people who share the same dream as us.  We need our leaders to stop being fueled by the desire to look like the “big boys” and instead aim to be the envy of them.  There’s not much being asked here.  Maybe more than one or two providers for electric utilities would be a start.  All I’m asking for is paradise.  Is that too much? I’m pretty sure it’s less than 2 million ECD…

2 Comments on “The Perfect Place to Live (Almost)”